“There was a big sticker that we legally had to put over the entrance for your hand that said, you know, ‘Don’t put this on and hit people with it.’ We had to. It was a liability.”

This is Jesse Falcon, now the Director of Product Development Hardlines for Marvel Entertainment—then a designer at the company behind Hulk Hands, Toy Biz.

“This came out in what, 2003? So you have to remember that YouTube wasn't as prolific as it is now. So we would go on platforms like eBaum's World. And, of course, we found tons of videos of college guys fight clubbing in their dorm basement with these things on.

“I hope everybody was all safe and healthy. But it was just very funny because those guys clearly looked at that warning and said, ‘No. I’m going to do the opposite of what this says.’

When it comes to alliterative body part-themed Marvel consumer products, there is one that rises above the rest. One that’s left the greatest cultural imprint. One that’s had its warning label most frequently ignored.

Hulk Hands. Two oversized, clenched fists cast in foam, into which the user inserts their hands, and from which various digital?SMASH-ing sounds and grunts emit. Designed and manufactured in anticipation of Ang Lee’s movie?Hulk, the toy was released in early 2003 and quickly became a sensation with kids, Bruce Banner buffs, and sticky Tyler Durden college dudes?who held underground thunder dome fight nights to let off some steam (allegedly).

The simplicity of design and ubiquity of appeal gave Hulk Hands a life of their own—a kind of proto-meme that emerged in early internet videos, in crowds at football games, and as a reference in comedy movies and TV shows. Now they're the prevailing legacy of the film they were originally released in support of.

So how did this kids’ novelty transform, Hulk-like, into a cultural behemoth still talked about today?

Two of the creative minds behind the project, Jesse Falcon and Damon Nee, now the Director of Product Development for Disney Parks, Experiences & Products—then a Senior Project Manager with Toy Biz—recently reminisced about the origins of Hulk Hands and how they?became a transcendent smash. 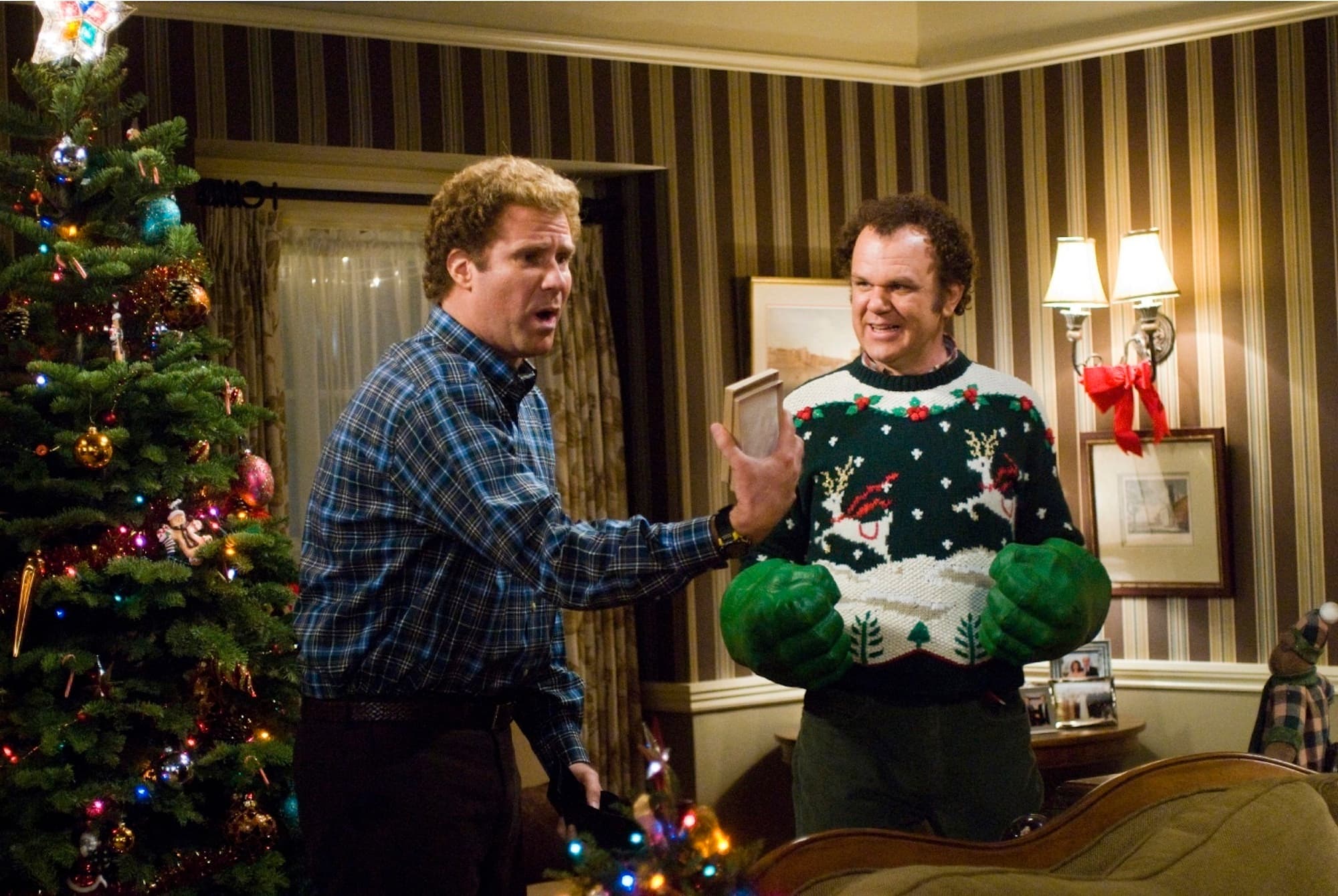 “Jesse and I are longtime colleagues,” begins Nee, “and I'll tell you this: I’ve probably spent more waking hours with that one person than I have with anyone else in my life.”

Nee and Falcon have been colleagues and contemporaries for 25 years, and in the early 2000s, they shared an office at the Toy Biz headquarters in New York. “We worked together for, you know, 15 years before we moved to the Disney offices and I was finally out of earshot of him,” he laughs. 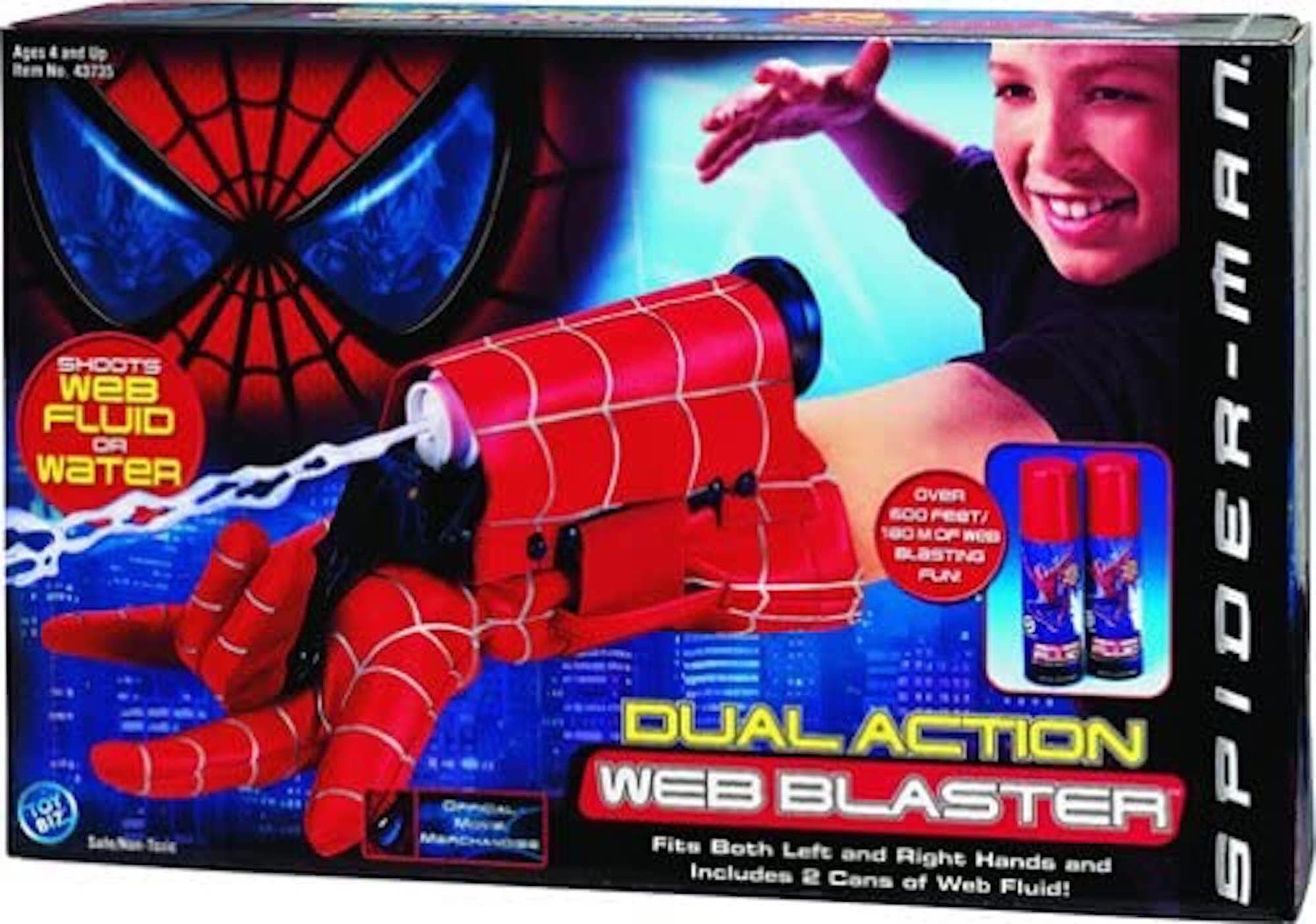 “When you put it on a kid, he becomes Spider-Man,” Jesse says. “Besides putting on a mask and looking at yourself in a mirror, there aren't many better ways for kids to go, ‘Oh my God, I have become the thing that I love,’ right?”

Damon agrees. “It was the perfect marriage of product and character, and it became just a fantastic item. And we had a Spider-Man movie, and we packaged and launched it there, and it did phenomenally well.” It was a revelation for the company, and they saw it as a signpost that led toward their next project.

“And so,” Jesse continues, “by the time the 2003 Hulk movie came around, we were also challenging that same thing; how do we take the Hulk and make an experience for a kid that is exactly what this is for Spider-Man?

“So Damon had been working on the actual role play side of it. So he, I think, and another gentleman, Alan Fine, who was our CEO at the time, thought, well, look, if spider-webs work for Spider-Man, why don't we make a giant hand for Hulk?” 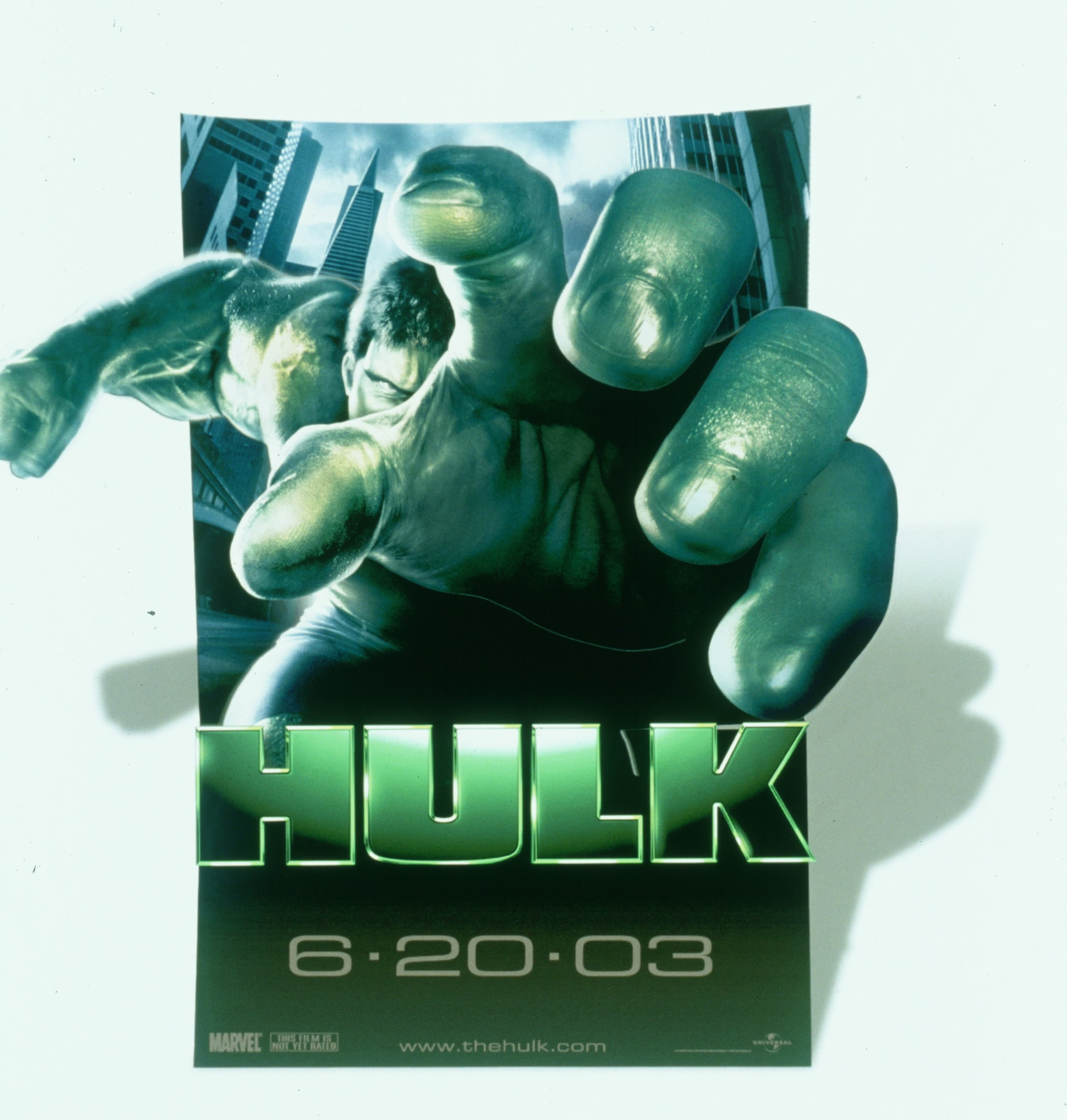 "His power is who he is. And I was thinking, like, what if he had great, big hands that made you feel that you're powerful like the Hulk. I was originally thinking about inflatables. Could you fill them up with air, so you have these, almost, big bop bags you put on your hands? Something light, something that you could, you know, bash without damaging something or someone else.

“And that was an eye-opening moment for everyone. Let's do that—big hands. Big, foam hands. And then we were like, ‘What if it made sound when you smash it together?’ You get ‘Hulk smash’ and crashing sounds? And that was it. Like, that's the item.

“So it was one meeting, and I think within 15 or 20 minutes of that meeting, we landed on what that would be, and we were off to the races.”

“So we were a really small, nimble team at Toy Biz,” Damon explains.

“I think,” says Jesse, "we had maybe 30 people working there at its peak.”

“And so once we came out of that brainstorm session,” Damon says, “I knew what I needed to be done. I worked with a draftsman to create what the item would look like. We scaled them up and down a few times to see what would be the best option there, and then we sent it off to a prototype maker to develop.”

This is where Jesse Falcon enters the narrative. “So,” Jesse starts, "we had to record some voiceover.”

“Jesse—I don't know how much you know about him,” adds Damon. “He's a fantastic performer. And he’s a very gifted voice actor as well…”

“We were doing all the Marvel movies,” Jesse remembers, “which was all of the Sam Raimi Spider-Man movies. Plus?all of the Lord of the Rings movies.

“So when it came down to getting voiceovers [for the toys], it was hard. It was hard for us to get V.O. for the Marvel movies before they came out. It was a little easier for the Lord of the Rings movies because those movies were all made years before the first one was released, so we had all that voiceover. So when we did the Lord of the Rings toys for Gollum or Saruman, they were?the actual actors' voices. It was so cool.?But we didn't have the opportunity to do that with Hulk.

But hey, that Falcon guy's a talented performer, right? “We used to do a lot of sound for rock 'em sock ‘em-type punching action figures like Wolverine or Spider-Man," Jesse notes.?"And I would just take a recorder and go in the closet where it was quiet, and just spit a bunch of stuff out...

“So basically," Jesse says, “I got picked as the guy to go in the studio and do the voice for the Hulk.”

“Yeah,” Damon admits, “we were in leaner times.”

But they still didn’t have access to what Eric Bana’s Hulk would actually end up being in the movie. “[At the time] we don't know what the Hulk is going to sound like,” explains Jesse. “But we think we know.”

“So, we did a lot of recording where I'd sit down with a microphone and my laptop, and we'd use GarageBand and record Jesse. And then either send it off to an audio engineer to adjust...or I did a lot of the adjustment myself, because like I said, we were in leaner times.”

“And I did that so much,” Falcon says, incredulous, “that people were just like, ‘Oh, you know who does voiceover?for us? Jesse!’”

The necessity of the situation started something that continues to this day. “A lot of character voices used for products have been Jesse,” says Damon. “He is the Hulk. He is the Thing. He is Spider-Man. He can be Doctor Strange if you want. Whatever you want him to be, he can be it.”?

“So, it's my voice on the original Hulk Hands.”

“As soon as I put the first model on, I felt it,” Damon says. “I felt the power. I was Hulk. I shared them with everyone in the office. And it was just like in the very first brainstorm meeting; it all clicked. As soon as anyone put on the models, they were like, ‘Yeah—”

“—I think we have something here,’” Jesse finishes. 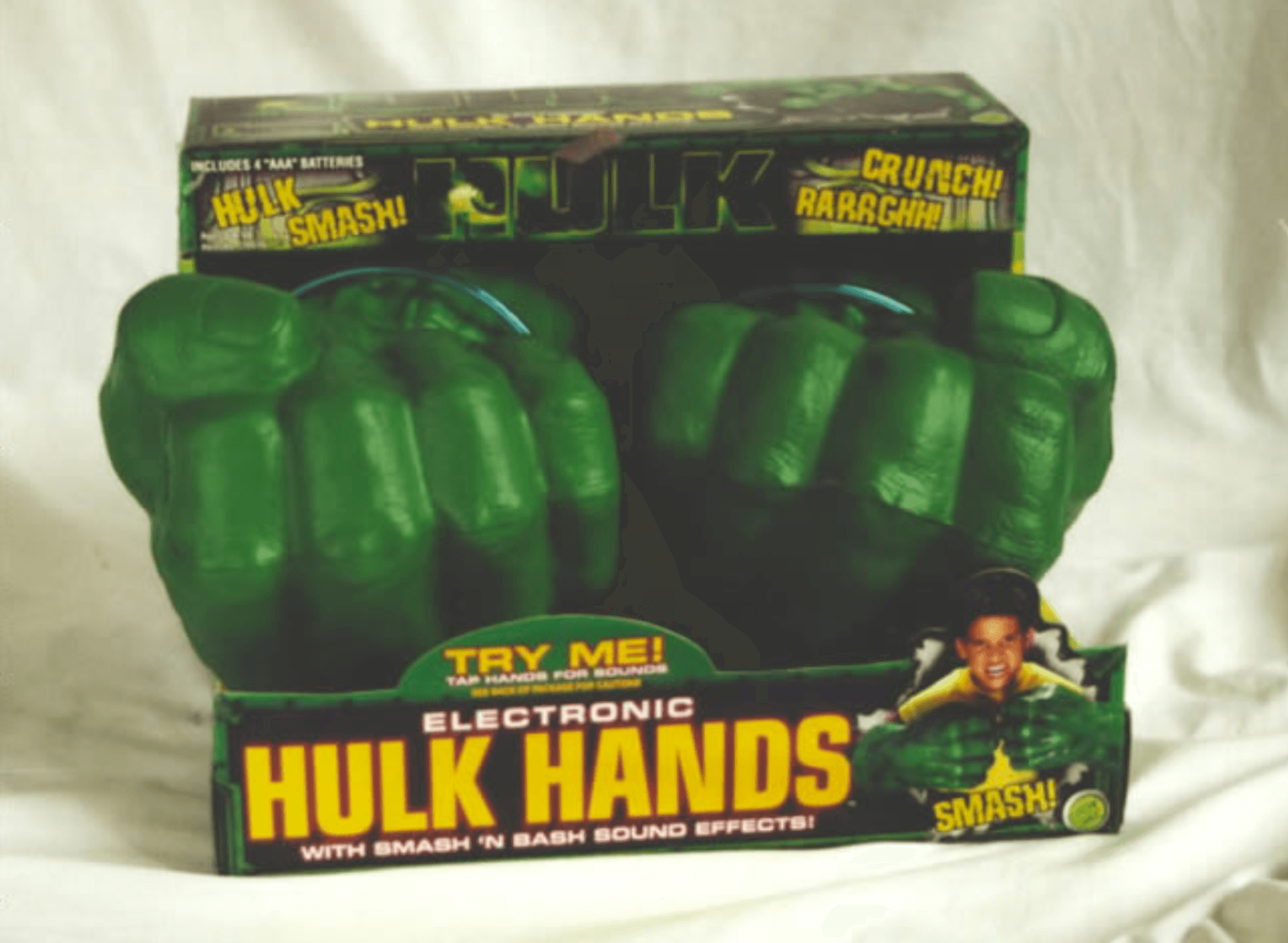 “Then,” Damon expands, “for a period of time, it was a cultural phenomenon. We saw them everywhere, and that just blew my mind. I’d see them at sporting events, colored orange, cored out and made into a giant koozie.”

“We were like, ‘God, why didn't we think of that!? Keeps hot things hot and cold things cold,'" Jesse laughs. "This is such a great idea!”

“There was a website early on dedicated to the fandom of Hulk Hands—where they were popping up and how they were being used,” Damon recalls.

“It really became its own thing,” Jesse continues. “In ’97, I started performing comedy with?[New York City improv group] the Upright Citizens Brigade. So a bunch of my friends knew what I did—they knew I was a toy designer. They knew I had worked on some of the Marvel movie stuff, and they knew that I was involved in Hulk Hands.

“So my buddy [writer, producer, director] Scott Armstrong started to put Hulk Hands in all of the movies that he could. So there are?a couple Will Ferrell movies where Hulk Hands show up. And that’s directly because Scott was like, ‘Hey, we have to put these in here.' So Step Brothers is one where Hulk Hands are?a thing that they fight over at Christmas.”

Hulk Hands were conceived of as?most toys likely are—with a market and deadline-focused fusion of creativity and pragmatism. This one began with Damon Nee’s 20-minute brainstorm and Jesse Falcon’s utility closet recording sessions, but then it became an in-joke sensation that, as the kids of 2003 now influence the pop culture conversation, lives on to this day. From eBaum's World to baseball crowds to Step Brothers to The Simpsons— 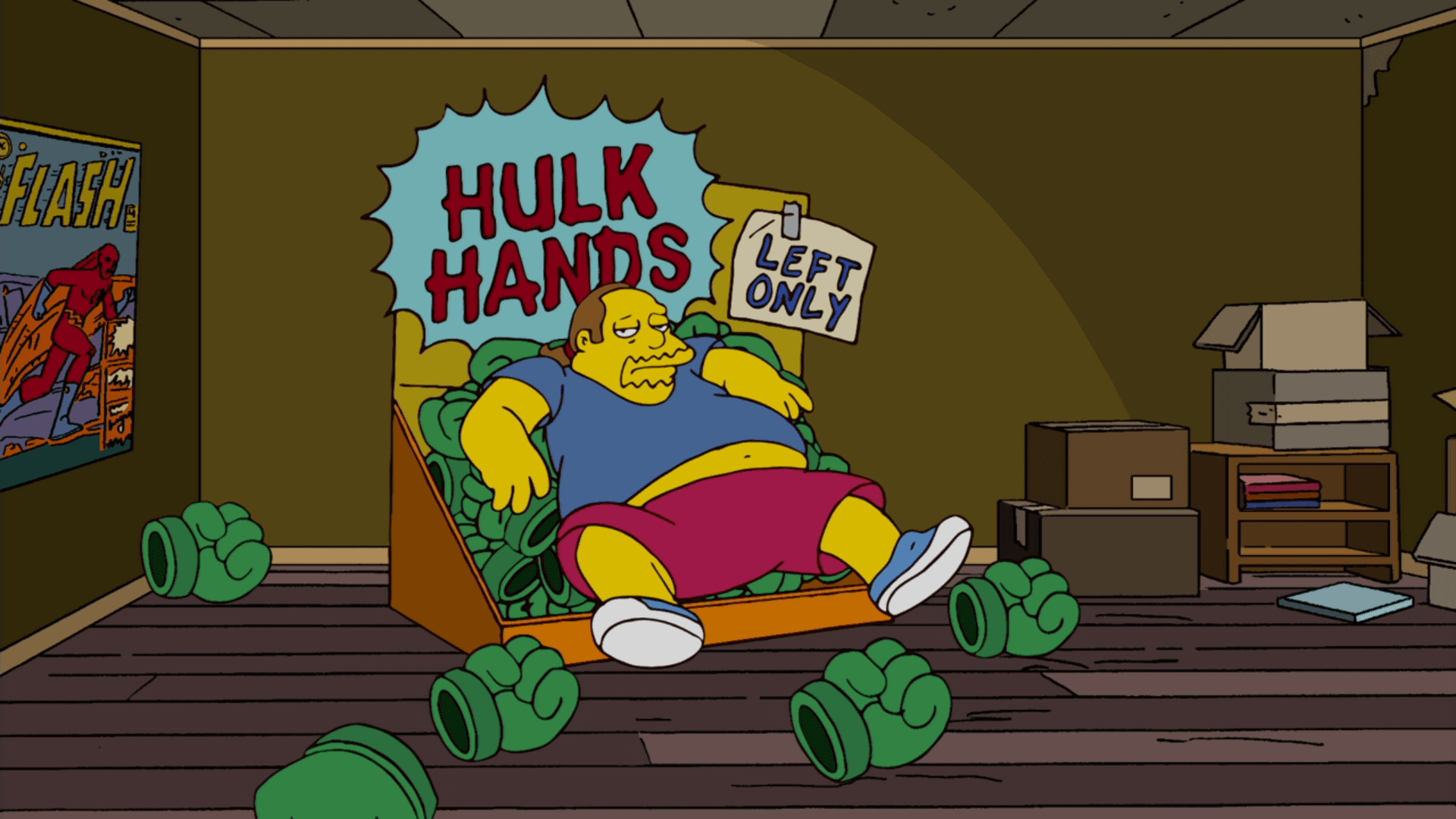 —to?Rick and Morty?to this summer's new flick The King of Staten Island (watch the trailer, a minute and 16 seconds in), Hulk Hands continue to find their way into the zeitgeist.

And while later iterations were reimagined for the releases of Marvel Studios’ The Incredible Hulk, The Avengers, and Avengers: Age of Ultron, it was the original that exploded like a Gamma Bomb—the original that irradiated?the public consciousness with this?lasting?affection?for a?particular?toy.

“It was pretty frickin' amazing,” says Damon. “They keep popping up, they're still around. And just like you, there are people still thinking about them. It was so different than anything else we've ever made.”

These interviews have been edited and condensed for clarity.